Breaking production records in North Dakota, New Mexico, and Texas is something to celebrate if you like being able to get gasoline for your car whenever you feel like doing so, or if you like having gas available at reasonable prices in spite of when, oh, say, someone drops a bunch of bombs on Saudi production facilities.

By my notes, that is 9 times since May 2018 the state set a new record for crude production.

Check out the state-wide and Bakken-only oil production since 2008. 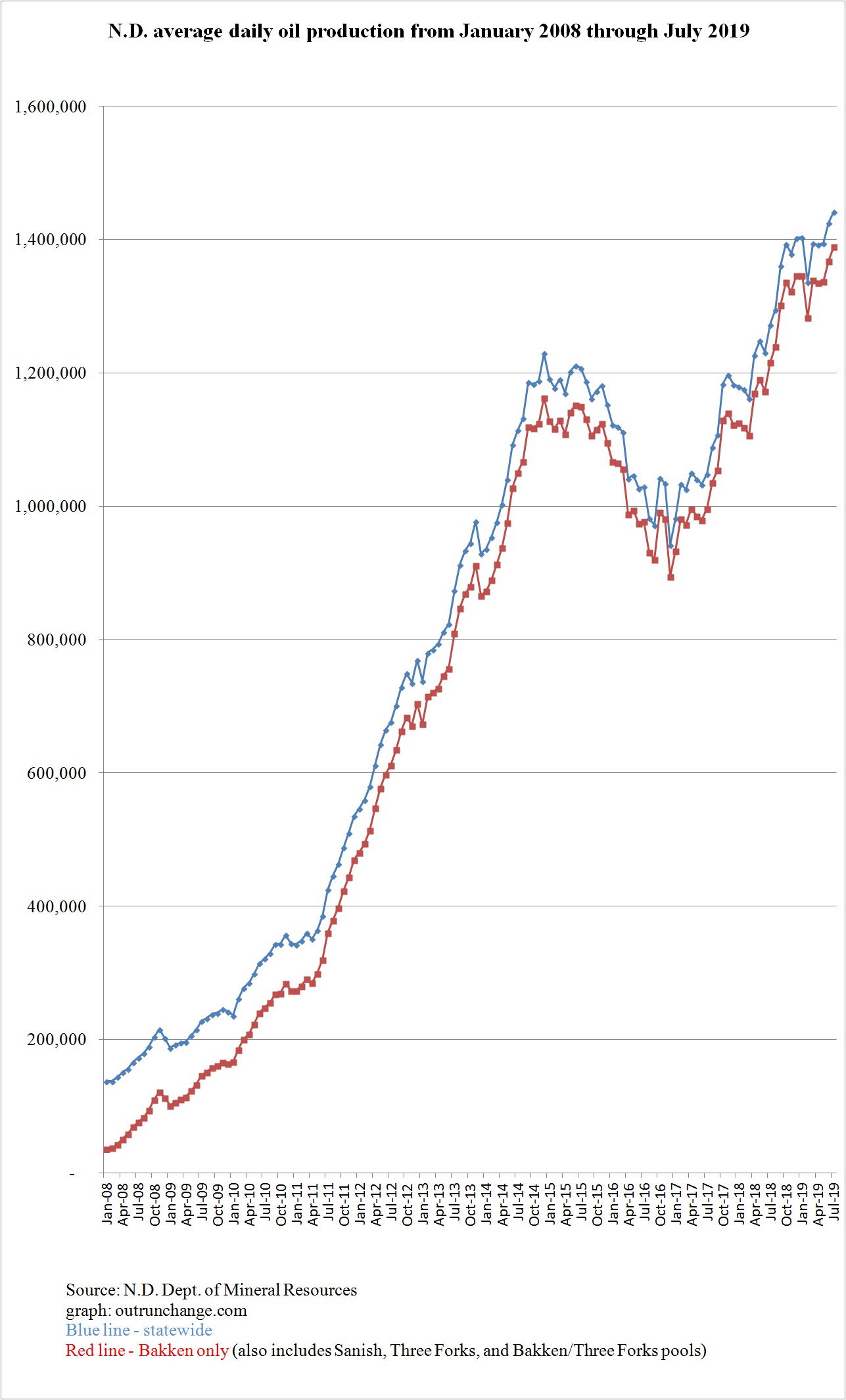 For longer term perspective, look at oil production since 2004. 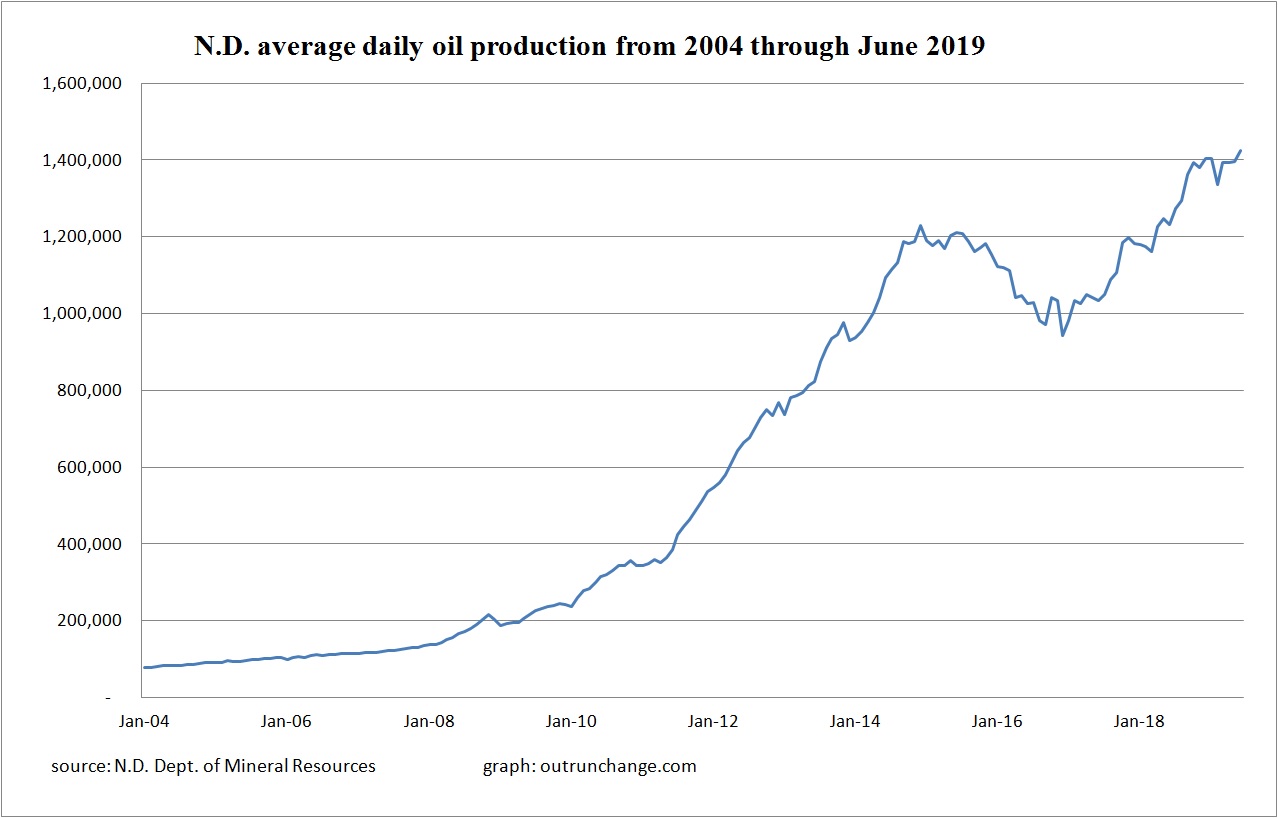 Wondering what the value of monthly oil production looks like in the state? Check it out: