As shown in the following graph, crude oil production increased again in August 2020. It is up 122,351 barrels of oil per day (bopd) over revised July amount, which follows a 148,343 bopd increase over June. 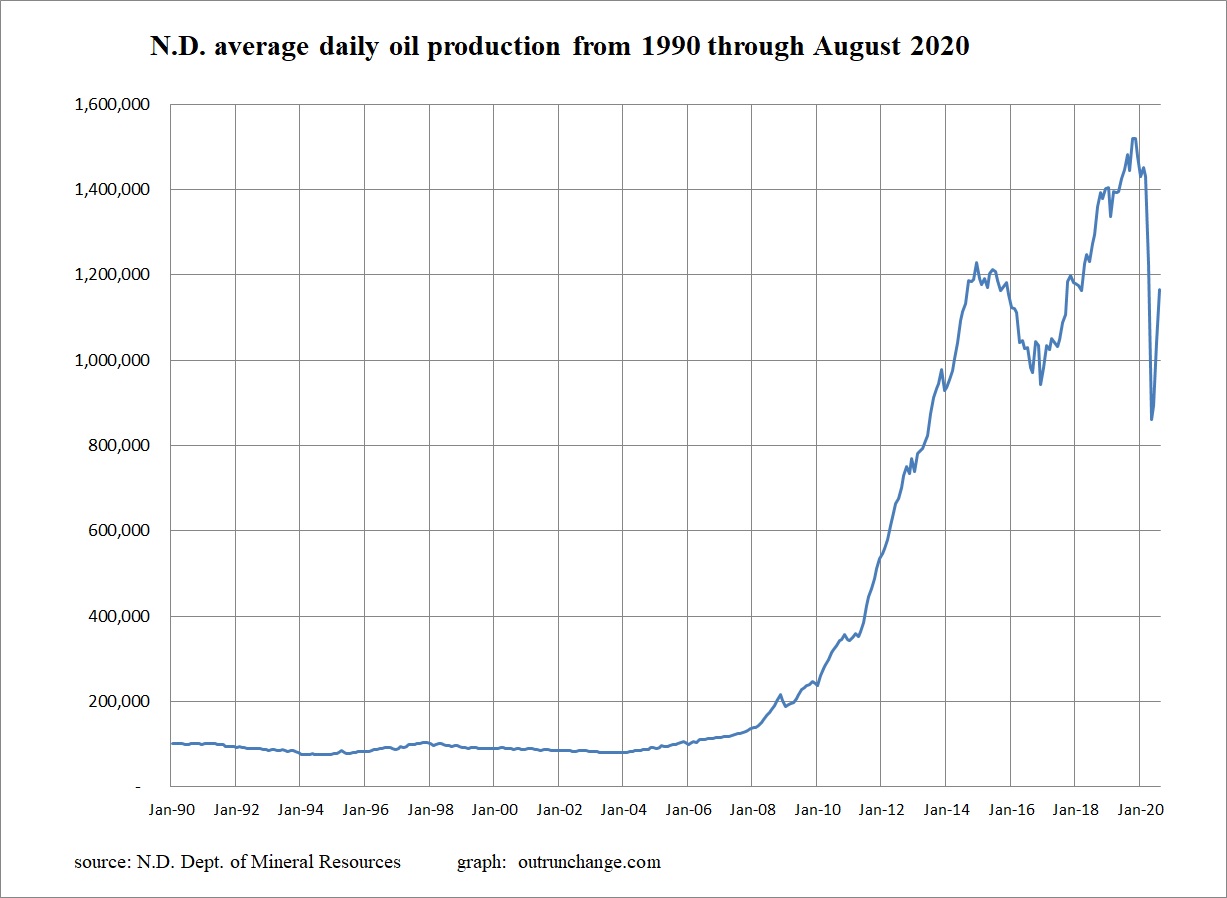 This is a drop of 354K bopd from the high point in November 2019 and rise of 304K from the bottom in May 2020. Production in state has recover just under half of the drop.

Article cites Lynn Helms explaining the increase in production is not likely to be sustained. Prices are around $40 a barrel currently. Article says that is just enough to get some wells back in production. Completing a lot of wells require $45 on an ongoing basis. Increase in drilling would require about $59.

There are 14 rigs running now, with three of those only running because operators are worried about who will win the November election.

The state is working on several plans to write incentives for operators to increase drilling and completion activity.

For more detail on output, check out a closer look at production in the state in total and the Bakken field (including Three Forks and Sanish):